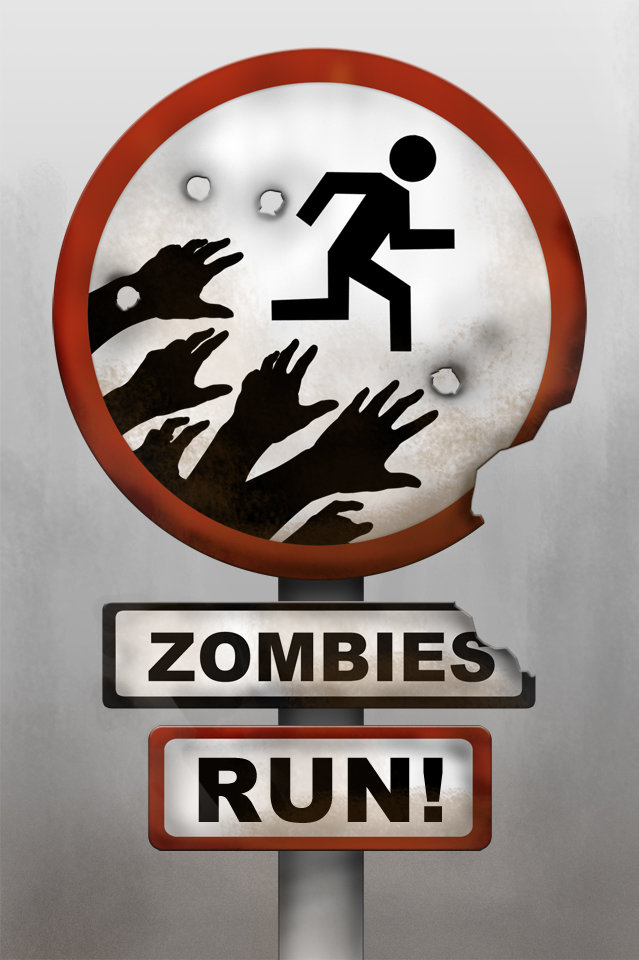 Zombies, Run! is an iPhone fitness game and audio adventure I co-created with games studio Six to Start.

We funded the game on Kickstarter, and gained almost five times the funding we requested, which was our first sign we might have a hit on our hands. Since then we’ve regularly topped the rankings in iPhone Health and Fitness apps, we’ve been featured on NPR, in the New York Times, on Channel 4 News, and we’ve been shortlisted for five Develop awards.

I’m the co-creator and lead writer. In early April 2011, Adrian Hon the CEO of Six to Start (and all-round visionary, check out his History of the Future) and I sat down to talk about finally working on a project together. He’s a keen runner, and had been thinking of making a running app to make running fun, and something where you wouldn’t have to look at the screen while running – I brought up the idea of being chased by zombies and the concept was born.

Since we funded in October 2011, we’ve released seven seasons of this game. Seven. Seasons. Each of which is about the same length of a season of Game of Thrones. We’re working on Season 8 as of the start of 2019. The zombies are still going strong – the game’s been downloaded more than 3 million times and we’re a market leader in the field of fitness games. We’ve spun the story out into a book, an audio drama for Audible, a boardgame and the Zombies, Run! story just keeps on rolling.

Stay safe out there, Runners Five.

La Mappa Misteriosa is a BBC-made mini drama, filmed in Italy and with Italian actors, designed to teach people Italian – along with the producer, the wonderful Joanna Quaye, I came up with the idea for the drama and wrote the scripts.

This project was such fun to work on! We investigated what British people want to travel to Italy for – it turns out that mostly when people go to Italy they’re very interested in the food! We decided to tell a story where you, the player, find a mysterious treasure map dating from the 1960s which will lead you on a recipe trail across Italy, searching out the finest ingredients and learning about a legendary recipe created by a celebrated chef.

The drama is also a game, with tests to do to see if you’ve understood everything, resources for teachers, and points when the characters will turn to you the player and say “what shall we do next?”

And for people interested in game storylines… there’s even a branching ending. 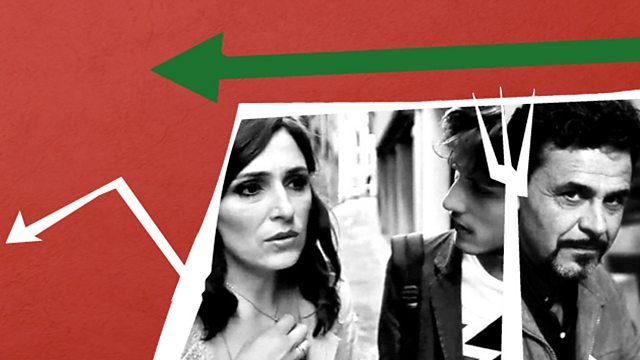 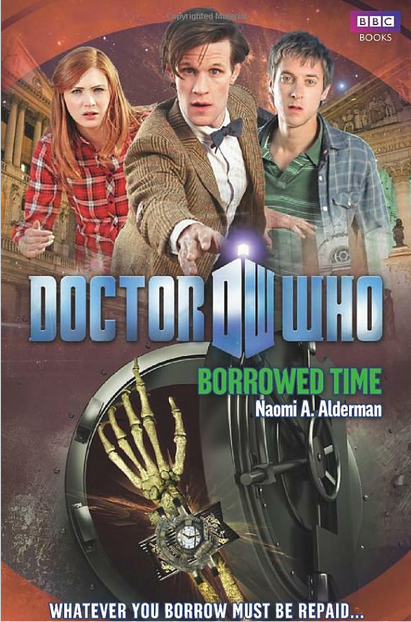 Andrew Brown never has enough time. No time to call his sister, or to prepare for that important presentation at the bank where he works. The train’s late, the lift jams. If only he’d had just a little more time. And time is the business of Mr Symington and Mr Blenkinsop. They’ll lend him some – at a very reasonable rate of interest.

Detecting a problem, the Doctor, Amy and Rory go undercover at the bank. But they have to move fast to stop Symington and Blenkinsop before they cash in their investments.

A thrilling all-new adventure featuring the Doctor, Amy and Rory, as played by Matt Smith, Karen Gillan and Arthur Darvill in the spectacular hit series from BBC Television.

There are people in this world who will perfectly understand why, when I had an idea for a Doctor Who novel, I had to ask the BBC to let me write it. Even though I am a proper serious novelist who writes about very important subjects and wins literary prizes and stuff. And there are other people who will not understand.

The people who will not understand are, unlike me, people who perhaps spent their teenage years meeting boys and going to “parties”. There was once a time when I could recite all the names of all the Doctor Who companions off by heart, in the order they appeared in the show. For some reason, when I was a teenager, boys thought I was weird.

I had an idea for a Doctor Who book. I wrote it. It got shortlisted for an award and everything. I regret nothing.

Oh, Perplex City, you are still much-missed. From 2004 to 2007 I was lead writer on Europe’s first Alternate Reality Game of any size or note (what we now call “transmedia”).

It was an incredible project, with the kind of cameraderie that’s hard to find in any job – we all cared so much about the imaginary city we’d created, and I’m still good friends with the other writers.

In brief, Perplex City had lost its Cube – a mysterious object with mystical powers – and they’d discovered that it was somewhere on Earth. Perplex City exists in another reality, and can only communicate with us through the internet. We can look at some of their internet, they can look at some of ours, and so our Earth players needed to follow the blogs of characters, study accounts of the Cube’s theft and lots of other pieces of information about the city to find out who’d taken it, why, and where they’d buried it.

Oh, and if you found it and dug it up and brought it to us, Mind Candy would give you £100,000 – a gift from the grateful people of Perplex City.

I had the most fun working on this project. Together with the wonderful Adrian Hon, Andrea Phillips and David Varela, I created blogs for imaginary people and websites for imaginary businesses and universities, wrote puzzles and clues and did live improvisational writing in front of an online audience. And one summer, not so very many years ago, I found a place in a wood that I thought would be just right for burying a Cube, and so we did. 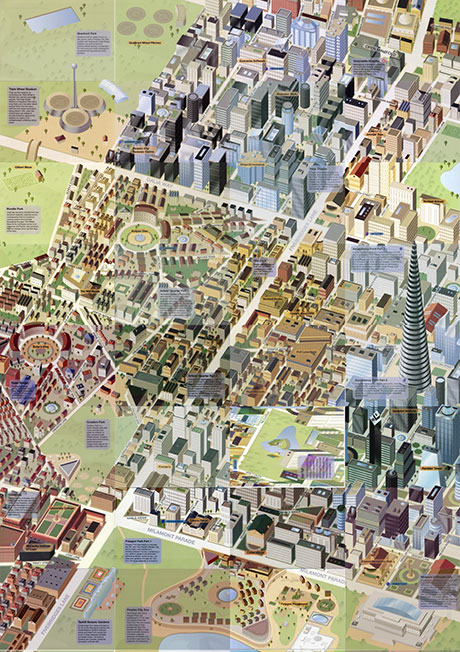