Are you wondering if that Naomi Alderman who wrote The Power could possibly be the same person who co-created and writes Zombies, Run!?

Having accepted the possibility in your heart, are you puzzling over whether she could be the same person who presents programmes about science on Radio 4? The answer is yes, my friends. I have one of those portfolio careers, which is another way of saying that I’m going to go on doing all the things that interest me until someone tells me I can’t anymore. 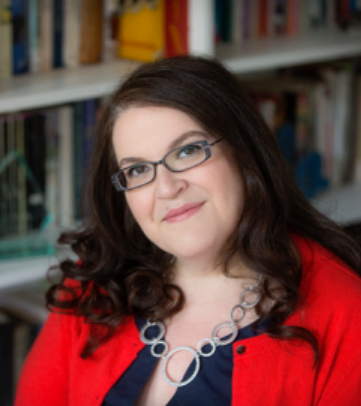 Naomi Alderman grew up in London and attended Oxford University and UEA.

Her most recent novel The Power was the winner of the 2017 Baileys’ Women‘s Prize for Fiction. It was longlisted for the 2017 Orwell Prize and chosen as one of the best books of the year by the New York Times, the Washington Post, the LA Times, NPR, Entertainment Weekly and the San Francisco Chronicle. The Power topped Barack Obama’s list of his favourite books from 2017 and has been translated into more than 30 languages.

Naomi was lead writer on the alternate reality game Perplex City, and has worked as a games writer for over a decade. In 2011 she wrote the Doctor Who novel, Borrowed Time. She is the lead writer of the smartphone app and podcast The Walk. In 2012 she co-created the top-selling fitness game and audio adventure Zombies, Run! – it has been downloaded millions of times and continues to be a market-leader.

Her first novel, Disobedience, was published in ten languages and has recently been adapted into a feature-length film by Oscar-winning director Sebastián Lelio, starring Rachel Weisz and Rachel McAdams. In 2006 she won the Orange Award for New Writers. In 2007 she was named Sunday Times’ Young Writer of the Year, and one of Waterstones’ 25 Writers for the Future. Her prize-winning short fiction has appeared in numerous publications and anthologies.

Naomi presents Science Stories – a programme about the history of science on BBC Radio 4 – and is a member of the XPRIZE Sci-Fi Advisory Council. She has been mentored by Margaret Atwood as part of the Rolex Mentor and Protégé Arts Initiative, and in April 2013 she was named one of Granta’s Best British Novelists in their once-a-decade list. She is Professor of Creative Writing at Bath Spa University and a Fellow of the Royal Society of Literature.